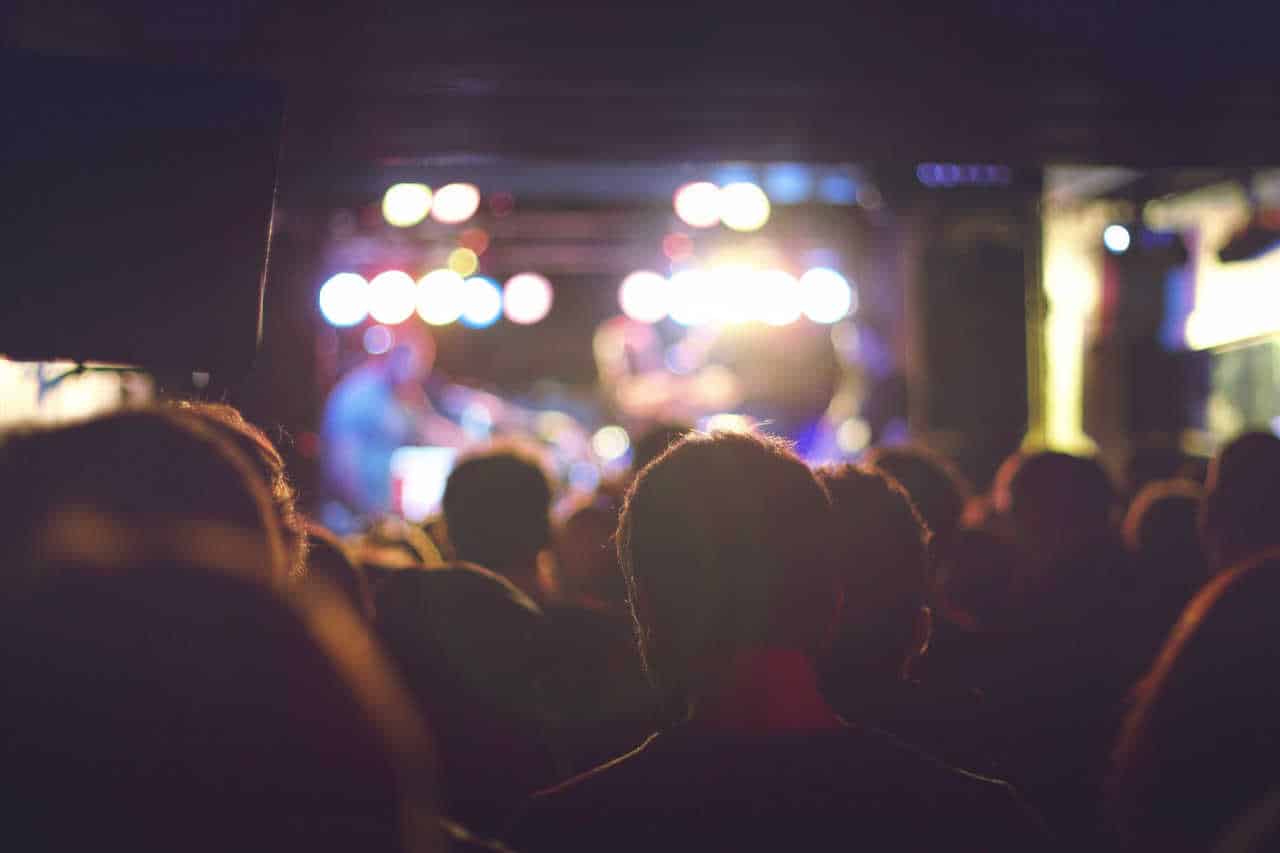 What Are Seat Fillers in Austin?

And, Can I Get Free Tickets, Too?

Do You Know That Seat Fillers in Austin Are Free Ticket VIPs?

If you haven’t heard about seat fillers in Austin, you’re not alone. Most people think that seat fillers are exclusive to award shows, but that’s not the case anymore.

The modern concept is all about supporting local venues and artists. Austin seat fillers have nothing to do with filling an empty spot for a celebrity who needs to be on stage. Instead, they’re out and about all over the Austin area enjoying theater, music, comedy, sports, and more!

Who are Austin seat fillers?

What do they receive?

Where do they go?

Why are seat fillers in Austin kept secret?

How did they become free ticket VIPs, and how can I?

One for Austin Event Promoters – How can I invite seat fillers?

Who Are the Seat Fillers in Austin?

Have we piqued your interest with the introduction, so you want to know more?

Well, they belong to the OTL Seat Fillers club. OTL, also known as “On the List,” has been part of the Austin arts and entertainment community for more than seven years.

By the way, don’t let the word club deter you from wanting to be a seat filler. OTL is open to everyone. It’s super easy to join, and members can cancel any time. We like the idea of members instead of customers. It’s much more positive and lighthearted, and that’s how we like it.

Everyone has so many commitments and things on their to-do lists. So, we position OTL as a fun distraction.

What Do OTL Members Receive?

You know that OTL is a seat filling club. So, it’s no surprise that members are attending events.

However, what might surprise you is that seat fillers in Austin are nothing like those who work at award shows. OTL members receive free pairs of tickets to a wide variety of local shows and events.

Did you catch that we said, “free pairs” instead of just tickets? Not only are seat fillers in Austin treated like paying patrons at plays, musicals, comedy clubs, and other local venues, but they get to treat their guests.

Where Do Austin Seat Fillers Go?

When OTL first launched, we anticipated the need for seat fillers at clubs and music venues around town. After all, Austin is one of the country’s Music Capitals.

But we’ve found that’s not really the case.

Austin seat fillers have attended comedy shows, sporting events, fairs and festivals, classes, and smaller concerts. However, they’ve been offered comp tickets to more plays and musicals than anything else.

So, OTL members head out to quite a few different venues in the city and suburbs like Round Rock, Georgetown, and Cedar Park.

Why is Austin Seat Filling a Well-Kept Secret?

It’s not just seat filling in Austin that flies under the radar, but seat fillers everywhere. One of our most significant challenges at OTL is telling everyone about us.

With all of the online resources available, that might sound odd. However, it’s purposeful.

While we can let you and everyone else in the world know that there are seat fillers in Austin, we can’t tell you much more. That’s because OTL has a strict “privacy to shows” policy. Both the club and its members agree not to publicize the names of entertainment partners.

Sharing the names of event partners would impact their regular ticket sales, defeating the purpose of inviting seat fillers. OTL’s mission is to support local entertainment with a win-win concept.

How Did Seat Fillers in Austin Become Free Ticket VIPs?

We’ve got a simple answer to this particular question. Austin seat fillers are free ticket VIPs simply through their OTL membership.

Members select either a two-seat Premiere or four-seat Grand plan and reserve seats accordingly. While some events are designated 18 or older or even 21 or over, Grand memberships can accommodate the whole family. That means everyone is on the comp list.

Another reason why we refer to Austin seat fillers as free ticket VIPs is how they’re accommodated.

It’s not just that OTL members privately receive free admission, but there are no coupons or vouchers involved. It’s not like turning in a Groupon or LivingSocial deal. Instead, seat fillers are on the will-call list. So, they present their identification at the box office to check in just like every other patron.

Can I Claim Free Tickets in Austin, Too?

We’ll answer your question with another one.

Are you willing to take five minutes to register a new OTL Seat Fillers membership and pay monthly dues ($10 to $15 or so)?

If so, then you can be a seat filler in Austin like other OTL club members.

Once you register, you have immediate access to the private member area. Whenever an Austin event is posted, you’ll have the opportunity to attend as long as tickets last. Unless it’s a one-night-only show, OTL usually has seats to more than one performance, so there are plenty of options.

Just one caveat, though. Don’t expect events to be listed all of the time. OTL is a seat fillers club and not a ticket broker. Part of the fun of participating is seeing what pops up out of the blue. Often, it’s something that members weren’t even aware of – even in their own hometown.

Would You Like to Invite Austin Seat Fillers to YOUR Event?

While we’ve been talking about opportunities to be a seat filler in Austin, they represent half of the service. The other half is dedicated to event promoters and marketers who benefit from inviting OTL members to their shows and events.

If you’re in the latter category, it’s as easy to invite seat fillers as it is to be one.

OTL’s entertainment partners don’t always use seat fillers just to fill seats. In fact, chairs aren’t even required. Members have attended classes, festivals, escape rooms, and other activities. Another benefit to partnering with OTL is showing off your fabulous venue to new patrons.

For more information, you can check out the event promoters section on OTLSeatFillers.com.

By the way, OTL has other promotional tools and resources, including OTL City Guides Tickets – Austin. Austin Tickets is a box office in a box. You can sell, send, and even scan tickets through your own webpage backed by a full-service ticketing system. And, like OTL Seat Fillers, you don’t pay anything (another win!).

What are Seat Fillers and Where? 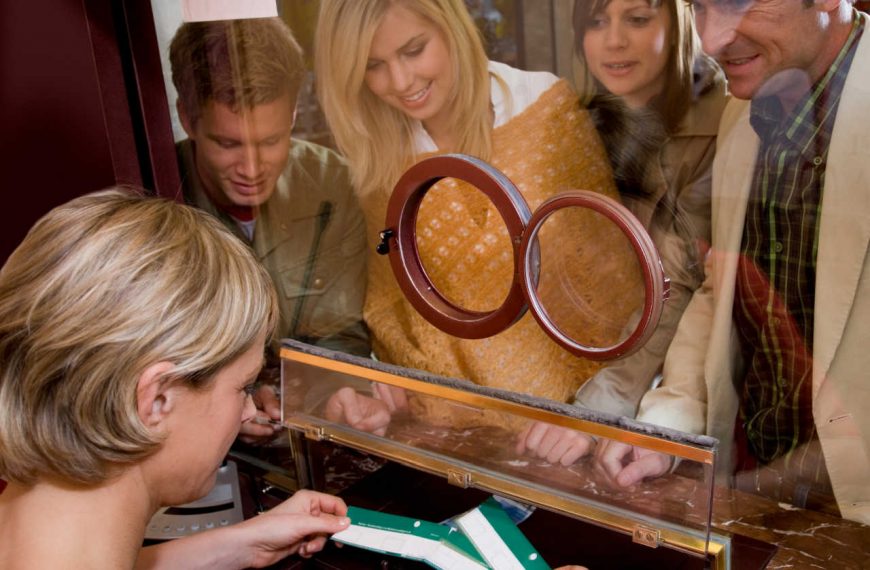 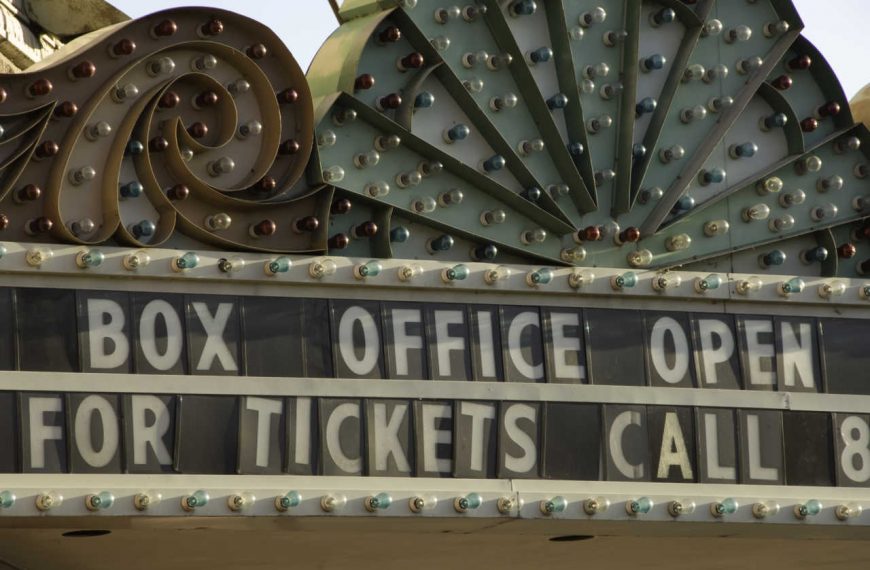 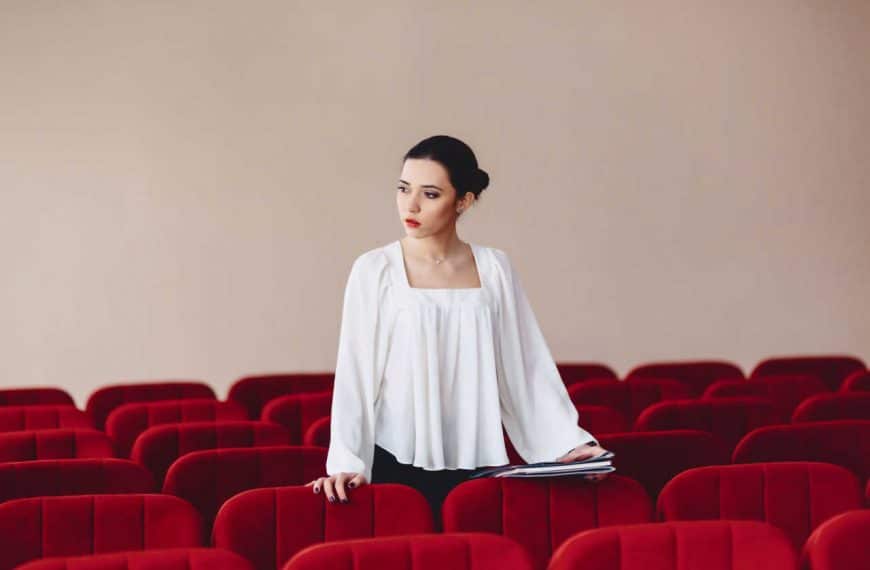 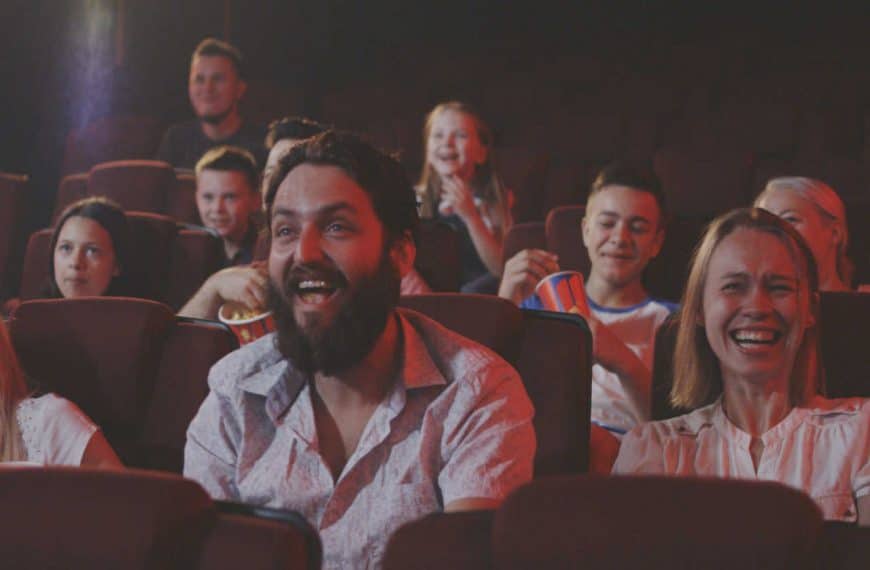 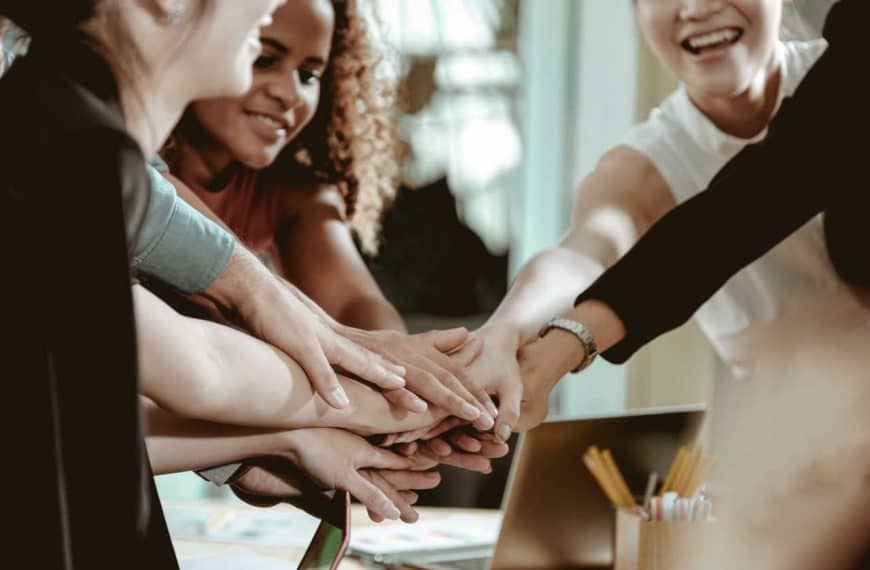 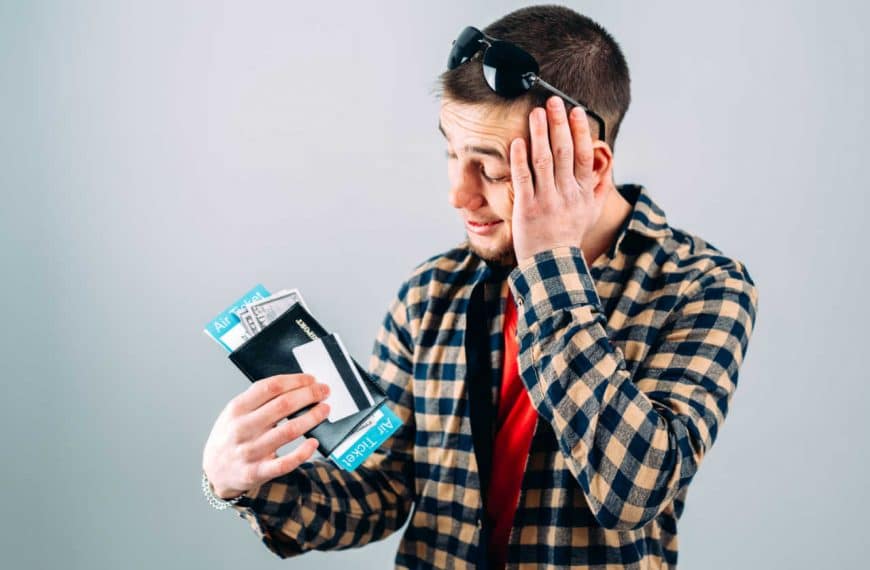 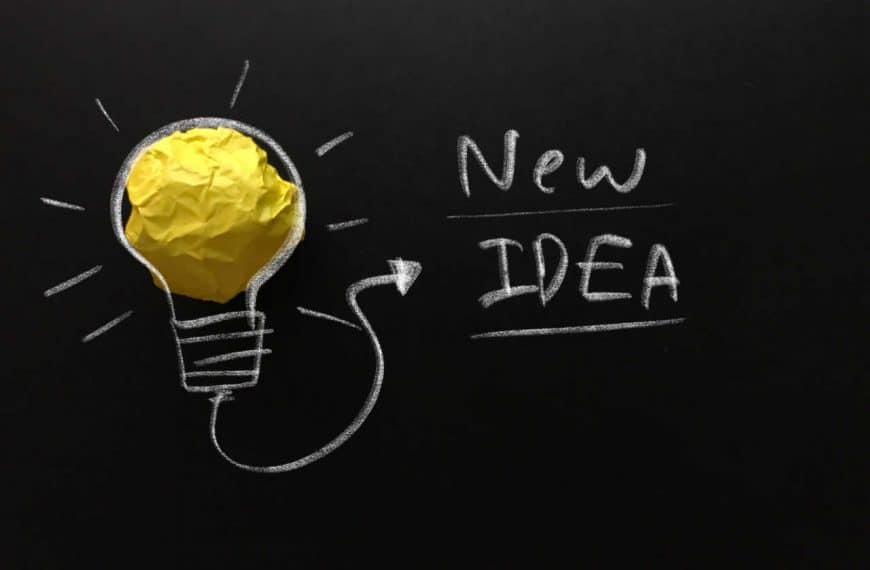 How To Combine 2022 Marketing Trends Into One Super-Successful Program

Get Started!
Add me